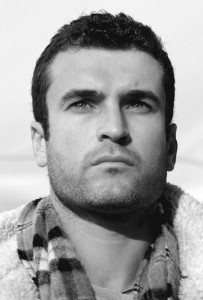 After matriculating from Diocesan College and studying at Brooks School in the USA, Paul graduated with an honours degree in Drama from Stellenbosch University in 1996, receiving the best actor award in 1995. During that time he worked on BOY MEETS BOY and A WINTER’S TALE for Capab and received a Fleur Du Cap nomination for most promising student in 1996.

Paul played Malan Koster for six seasons in the MNet drama, BINNELANDERS. He portrayed regular characters in BACKSTAGE, MADAM AND EVE, COMEDY SHOWCASE and had appearances in SOS, HAGENHEIN and BIG OKES. Paul is also well accomplished in the theatre world, staring in OFFBEAT BROADWAY 1, 2 and 3 of which he was one of the creators, earned him an FNB Vita nomination for best performance in a musical and as well as a nomination for Best Musical, the Naledi Nomination for best performance in a Musical as Frank N Furter in the Rocky Horror Picture Show, Cassio in Othello, Winning the 2001 FNB Vita for best supporting Actor, and many more.  Paul has written for both stage and television. He trained in Opera technique at the Stellenbosch University Conserve and is an accomplished rock and musical vocalist. He has a brown belt in Judo, plays the guitar, rides horses and is a water sports nut addicted to surfing, diving and has completed the Dusi and Fish River canoe ultra marathons.

Other films and stage productions that Paul has graced: